With pessimism running rampant in the markets, finding a quality growth stock to add to your portfolio might not seem like the most pressing need right now. Savvy investors know, however, that it’s times like these that are often the greatest buying opportunities. While many investors are searching for defensive positions, grabbing a quality growth stock can lead to serious long-term gains.

Fortunately, investors with the resolve to withstand the current volatility don’t need to look far. MP Materials (MP 4.11%) is a great growth stock poised to prosper as the electric vehicle (EV) industry accelerates, and it’s worth digging into.

Getting to know you

Unfamiliar with what MP Materials does? You’re not alone. Mining companies usually don’t make headlines, but the other factor behind the company’s apparent anonymity is the fact that it hasn’t been available to Main Street investors for too long. The company only made its debut on the public markets via SPAC in November 2020.

Add to this the fact that growth investors interested in the EV industry — but uninterested in the manufacturers — will most likely dig into lithium stocks, since the metal is found in EV batteries. Rare earth metals, however, are also critical materials in EVs — and they’re frequently overlooked since there aren’t a lot of related investment opportunities. Therein lies the allure of MP Materials, which characterizes itself as the owner and operator of “the only integrated rare earth mining and processing site in North America.” 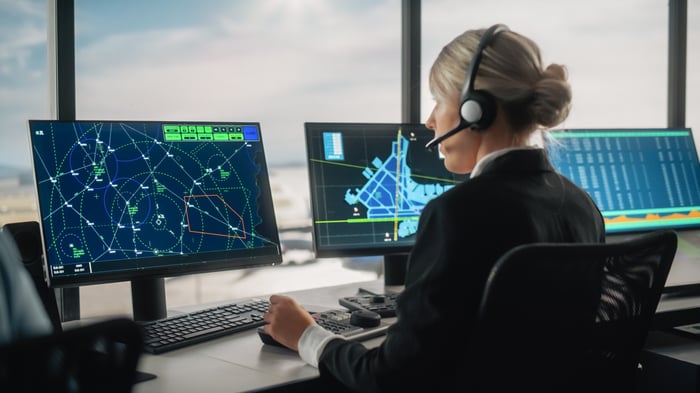 Where it’s recently been

Reporting first-quarter 2022 earnings earlier this month, MP Materials is off to a rock-solid start this year. The company logged quarterly records on several metrics: revenue, net income, and adjusted earnings before interest, taxes, depreciation, and amortization (EBITDA). And that’s just on the income statement. Elsewhere in the financials, investors found many other reasons to call the company’s recent quarter a success. MP Materials also reported operating cash flow of a whopping $71 million, representing a considerable improvement over the negative $10 million in free cash flow that the company reported during the same period last year.

While the company’s cash flow increased dramatically, it’s important to note that the rise in rare earth oxide prices jumped sharply between the two periods. Moreover, there’s no certainty that the commodity price will remain as high; therefore, investors shouldn’t expect that dramatic increases in cash flow will be a consistent feature of the company’s earnings reports.

Further back in 2021, MP Materials positioned itself for greater long-term growth by expanding the ore body. The company increased the estimated reserve of contained rare earth oxides 28%, and it now projects that the mine life has 35 years ahead of it, representing an increase of 11 years over what it had preciously thought.

The modeling used on the asset which resulted in the added mineral reserve isn’t based on the higher price of rare earth oxides; nonetheless, it’s important to note that should the commodity price plummet, it would compromise the value of the asset and possibly reduce the life of mine.

…and where it’s headed

In the most immediate of two growth projects, MP Materials is currently retrofitting its processing facility at Mountain Pass — the location of its core asset — to optimize production of rare earth oxides and reduce associated costs. Management projects that it will complete this Stage II project in 2022, after which the company will be able to produce heavy rare earth concentrate, an important component of magnets used in both consumer and defense applications such as EVs, defense systems, drones, and robotics.

The other growth project that it’s engaged in developing, Stage III, is a facility located in Texas that will be capable of producing the finished magnets used in end-products. Management estimates the project will be completed in 2025 or later.

A powerful growth stock to park in your portfolio

While MP Materials is flying under the radar of most investors, the company is receiving close attention from others. Late last year, for example, General Motors inked a supply agreement with MP Materials for rare-earth magnets, and more recently the company received a $35 million award from the Department of Defense.

While the company has recently enjoyed strong earnings growth, there’s no guarantee that the market price of rare earth oxides will remain high, assisting the company in maintaining this level of profitability. Nonetheless, market demand for rare earth oxides will remain high — and likely rise — as consumer demand for EVs grows.

With the stock trading about 42% lower than its 52-week high, now is certainly a great time to charge up your portfolio with this leading rare-earth metals producer.

Stock Split Watch: Is Costco Next?