So far this year, Alphabet (GOOG 4.16%) (GOOGL 4.20%), Amazon (AMZN 3.66%), and Tesla (TSLA 7.33%) have announced plans for splitting their stocks. There’s buzz around the news — but what do stock splits really mean for investors, and why are they suddenly so trendy?

For our example, let’s say that market value is $1 million. Slice that apple into 10 pieces and each piece represents $100,000 of the total value. But slice it into 20 pieces and what happens? You have 20 pieces, representing $50,000 each — twice as many pieces, with each worth half as much. 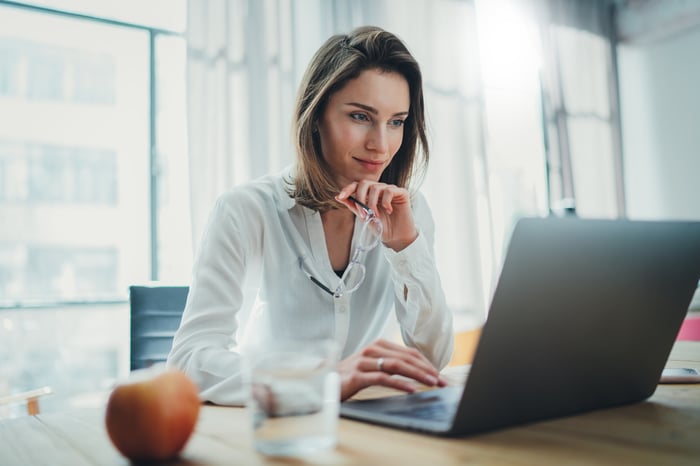 The lower share price isn’t a factor for existing shareholders because their share count also reflects the change. At a 10-to-1 split, the shareholder who owns 100 shares pre-split would have 1,000 shares after the split.

Why companies split their stock

Mathematically, stock splits should end up being a wash for the company and its shareholders — but that’s not always the case. Stock splits are newsworthy. They prompt headlines. They get people talking. And that buzz naturally generates increased interest in a stock. For that reason, share prices tend to tick up when a split is announced and again when it becomes effective.

As noted, stock splits also reduce share prices — and a lower price per share can drive demand. Not everyone can drop $2,000-plus on a single share of Amazon, for example. But $100 per share? Far more investors can stomach that price point. Once the company implements the split, increased demand can also push the stock price higher.

Corporate leaders welcome these outcomes, especially when the market is struggling. That’s one reason why stock splits are picking up right now. A split can create momentum. And momentum, even the temporary kind, is a nice change of pace in a down market.

You could make money off stock splits, but it takes some luck. Your best chance at profiting is when you buy a stock before a split is announced. That requires either a crystal ball or some super-savvy guesswork. You could also buy after the announcement, but before the split becomes effective. Here, you’re hoping to benefit from increased demand after the split happens.

Alternatively, you could take a longer-term view on stock splits. The lower share price might make a stock more interesting than it was previously, for example. Say you don’t own Alphabet, Amazon, or Tesla today. Would you consider them at much lower share prices? The split announcement could prompt you to evaluate whether those positions work for you as long-term holdings. If they are, you might buy after the splits — to make money in a more reliable, conventional way.

The big three stock splits of 2022

Google’s parent company, Alphabet, will split its stock 20-to-1, effective July 1. If you own Alphabet, your share count will multiply by 20 and the price of each share will drop accordingly.

Amazon is also implementing a 20-to-1 split, effective June 3.

The details of Tesla’s stock split aren’t set in stone just yet. The electric carmaker announced in March that it would ask shareholders to approve a split later this year.

How Technology Has Changed How Companies Hire People
14 hours ago