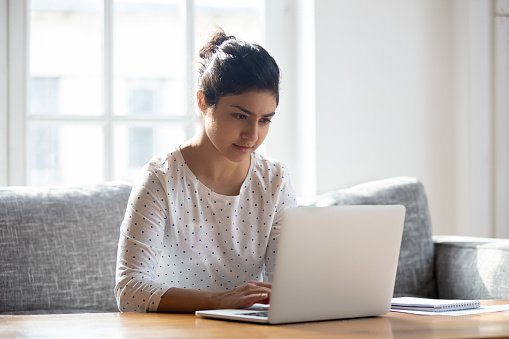 Are economic conditions about to take a serious turn for the worse?

The U.S. economy is in an interesting place. On the one hand, job growth is solid and wages have risen substantially since the start of the pandemic.

On the other hand, living costs are soaring due to rampant inflation, and the Ukraine conflict has pushed gas prices to ridiculously high levels. And now, many Americans are having a hard time making ends meet.

To help combat inflation, the Federal Reserve is in the process of implementing a series of rate hikes. The Fed doesn’t set consumer interest rates directly, but when it raises the federal funds rate, consumer borrowing tends to get more expensive. As such, consumers tend to respond by spending less.

That has the makings for a period of economic decline. And one financial expert is pretty convinced that’s where we’re headed.

Is a recession imminent?

Larry Harris, the former chief economist of the SEC, thinks a recession is likely based on the current economic situation. In fact, Harris was recently quoted as saying, “It’s very hard to stop inflation without a recession.”

Now a recession can mean a lot of things. Commonly, it can lead to job loss. That’s because when consumers aren’t spending as much, it’s harder to sustain jobs. Sometimes, a recession can also lead to lower stock values and home prices — though that’s not always the case. (Besides, the stock market is already down significantly this year, even with a strong job market.)

Now to be clear, Harris isn’t saying that a recession is about to hit any day now. But could we land in recession territory before the end of the year? That’s a distinct possibility. And so it’s important for consumers to prepare themselves now — before things worsen.

How to gear up for a recession

It’s difficult to predict how a recession might impact your personal financial situation. But to be on the safe side, it pays to prepare for one to the best of your ability.

For starters, that means examining your savings account and seeing how robust it is. You may want to make an effort to sock away enough money to cover six months’ worth of living expenses.

When the economy experiences a prolonged recession, unemployment can last for months. And so being able to cover about half a year of living expenses puts you in a position to get through an extended period of joblessness without risking losing your home or landing in a pile of debt.

And speaking of debt, now would be a good time to limit the extent to which you rack up more. It also pays to work on whittling down any high-interest debt you have.

To be clear, that doesn’t mean you have to start pumping extra money into your mortgage. Quite the contrary — make your regular mortgage payments, but put extra money toward your credit card balances.

Remember, consumer interest rates are likely to keep rising as 2022 moves along. And that means your credit card debt could become even more expensive, so the sooner you pay it off, the better. Plus, not having large debt payments to contend with could make it easier to cover your bills if you were to lose your job.

Finally, if you’re in a vulnerable industry (think retail, hospitality, or any other sector that’s likely to take a beating when consumers cut back on spending), you may want to further brace for a layoff by arranging for a home equity line of credit, or HELOC, if you own a home. Right now, property owners are sitting on record levels of equity. If you take out a HELOC, you don’t have to borrow from it if you don’t need to. But if you lose your job, that money might come in handy.

While there’s no need to work yourself into a panic about a recession, it does pay to prepare for one. We don’t know exactly when economic conditions will take a serious turn for the worse, but the last thing you want is to get caught off guard.

Why a Mobile Home Park Could Be a Wickedly Profitable Investment