Since Tesla‘s (TSLA -6.42%) CEO Elon Musk disclosed his stake in Twitter on April 4, Tesla’s stock has been on a volatile downhill ride, falling 42%. With the saga between Musk and Twitter becoming more complex, some investors may be wondering if Musk has taken his eye off the ball with one of his most successful companies.

Even with the stock-based distractions, Tesla as a company has become an absolute powerhouse. The company reported a solid first quarter and set ambitious long-term goals, exciting investors. But the question that has dogged Tesla for years is still being asked: Is the valuation for Tesla too expensive for what the company does? 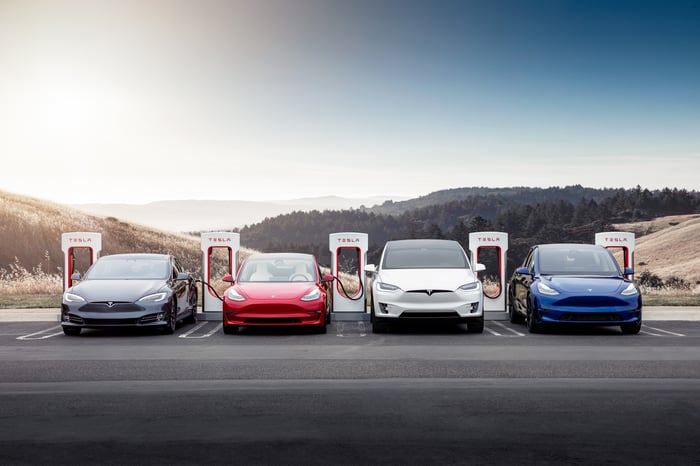 In terms of vehicle production, Tesla has been full of great news in recent reports. Q1 production rose 69% year over year, which drove automotive revenue growth by 87% year over year. Because revenue grew faster than production, Tesla is generating better margins on every vehicle it produces. This margin increase comes, in part, from price hikes instituted throughout 2021 and increases in production efficiency for its Model S and X, which are higher-priced vehicles.

This revenue growth is definitely trickling down to the bottom line, as quarterly net income rose 658% year over year. Even more impressive was Tesla’s 17.7% net income margin, placing it among the best in the auto industry. 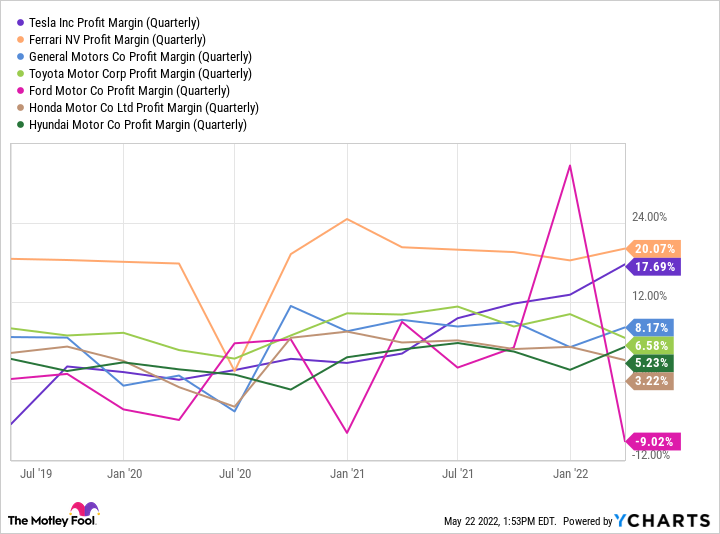 Tesla is nearing luxury vehicle margins. Because of this, it should be valued closer to Ferrari at 35 times earnings rather than General Motors at six or Toyota with a price-to-earnings (P/E) ratio of 8.6. While Tesla is still valued at 90 times earnings, it could reach that threshold if it maintains its growth.

Management also gave investors a great piece of news: It expects to grow its vehicle deliveries by 50% annually over multiple years. Using this forecast to model revenue growth and keeping Tesla’s 17.7% profit margin, Tesla could have $14.9 billion in earnings at the end of 2022. This means Tesla trades for 49.5 times full-year 2022 earnings, not a bad valuation for a company that expects to grow around 50% annually over the next few years.

With the recent stock sell-off, I’m not as concerned about Tesla’s valuation as I would have been when the stock was trading above $1,000 per share. Strong growth and a reasonable valuation make Tesla stock an intriguing investment, but the business model also needs to be solid in order to invest.

Tesla is not your typical automaker

How does Tesla have such a high profit margin compared to legacy automakers? First, it cut out the middleman. Because Tesla sells directly to consumers, it doesn’t need to share profits with dealers. This business model has rubbed many people the wrong way, but it benefits Tesla significantly.

It also is solely focused on electric vehicles (EVs). Regardless of your feelings toward EVs, it’s clear the auto industry is moving in that direction. While the legacy automakers are still a couple of years out from total EV production, Tesla is full steam ahead. It’s gaining a first-mover advantage and capturing many customers while other manufacturers are still prototyping or only just now ramping up production. Furthermore, Tesla’s four production models (the 3, S, Y, and X) are all in the top 10 of Consumer Reports’ most satisfying cars, ranked first, third, fourth, and tenth, respectively.

EVs also have another tailwind blowing in their favor: rising gas prices. 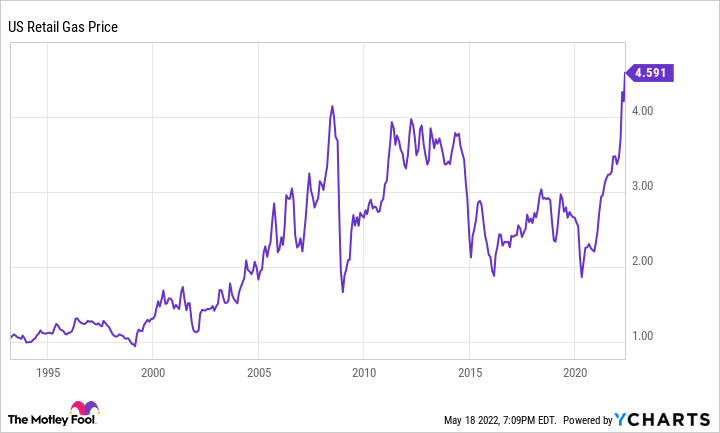 With the average price of gasoline in the U.S. hitting record highs, more consumers are seriously considering making the switch to EVs for their next vehicle purchase. If Tesla can keep up with the demand, it should be able to capture customers before the legacy automakers can, giving Tesla a big advantage.

However, the costs of raw materials like nickel and cobalt used in making batters are hitting record highs, causing the production costs of Tesla’s vehicles to rise. The range is one of the primary concerns many consumers have about making the switch to EVs. Still, if car buyers can settle for standard range models, Tesla’s lithium iron phosphate (LFP) battery chemistries can provide excellent performance without the price hike. 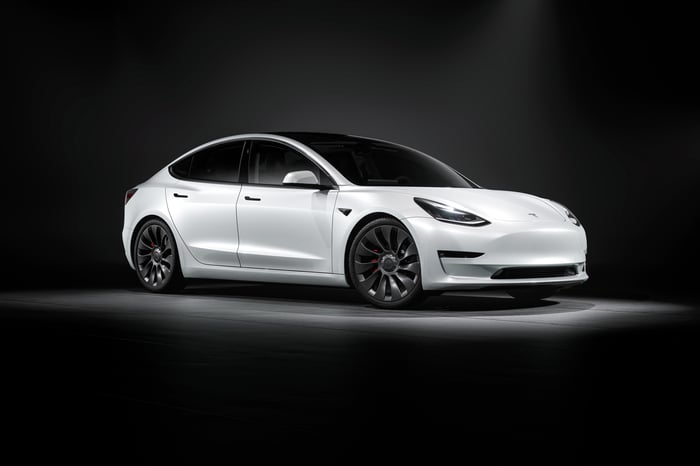 EVs are gaining market share, and Tesla is leading the way. If you’re buying Tesla stock with a long-term mindset (three to five years), then the stock is a great buy today. However, I don’t know when the bear market turnaround will come, and the stock may drop further in the short term. Investors can mitigate this by slowly easing into the stock over set time periods, potentially buying the stock for a lower price.

Today could be one of the best opportunities to buy Tesla stock in a long time. Don’t worry about getting the absolute lowest price; a sentiment turnaround could come at any time and cause a rapid stock rise.