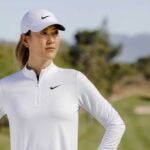 Michelle Wie West credits her stint at Stanford with fostering her entrepreneurial spirit.

If you’ve set foot on a golf course over the past two years, you’ve likely noticed the obvious: The game is booming. That includes women, too, but the momentum is apparent in another realm: leadership roles. As you’ll see in this package — in which we’ll feature eight women in the game — many prestigious jobs in the sport are now occupied by females. From holding down national, front-facing gigs to excelling behind the scenes at golf’s biggest equipment companies, women are making their mark in fields traditionally dominated by men. At GOLF, we celebrate the essential role these women play in making the game better, and more inclusive, for all of us.

When her full-time competitive schedule was derailed by a nagging wrist injury in 2019, Michelle Wie West was forced into the longest break of her career. It was during this time that Wie West experienced a transformation of sorts. She got married to Jonnie West, the director of basketball operations for the NBA’s Golden State Warriors, and gave birth to a daughter, Makenna.

The hiatus provided time to think of ways to use her sizable platform for the good of the game. Last April, the power of her endorsement was apparent in her promotion of the LPGA’s #HoodiesforGolf campaign, which raised more than $350,000 for nonprofits that provide education, access, instruction and equipment to diverse communities.

Wie West credits her stint at Stanford with fostering her entrepreneurial spirit, and diversifying the game is a mission she’s found herself drawn to. Over the past year, she’s made a series of investments in the golf and lifestyle space, including buy-ins with LA Golf, Sportsbox AI and Tonal. She also has a partnership with PitchBook Data, which she describes as her “caddie” in her investing endeavors.

“Being a minority female investor, my hope is to show other girls that this is something they can do as well,” Wie West says. “It’s really empowering to be a woman in a male space, to walk in with confidence and have people listen to you, respect your views and your thoughts. The more women do it, the more ‘normal’ it will become.”

As a four-year member of Columbia’s inaugural class of female varsity golfers, Jessica can out-birdie everyone on the masthead. She can out-hustle them in the office, too, where she’s primarily responsible for producing both print and online features, and overseeing major special projects, such as GOLF’s inaugural Style Is­sue, which debuted in February 2018. Her origi­nal interview series, “A Round With,” debuted in November of 2015, and appeared in both in the magazine and in video form on GOLF.com.