Putting $1,000 into the stock market right now may seem like risky business. With inflation still stubbornly high and the Federal Reserve poised to continue raising rates, investors have shunned stocks in nearly every sector.

But here’s the thing: While it feels like the market will never rebound, history tells us that it certainly will. And when it does, you’ll be glad you were holding shares of great companies.

That’s why you should consider putting some money toward Tesla (TSLA 7.33%) and Airbnb (ABNB 5.42%). Because when the market eventually finds its footing, these two companies could end up being fantastic stocks to own for long-term investors. 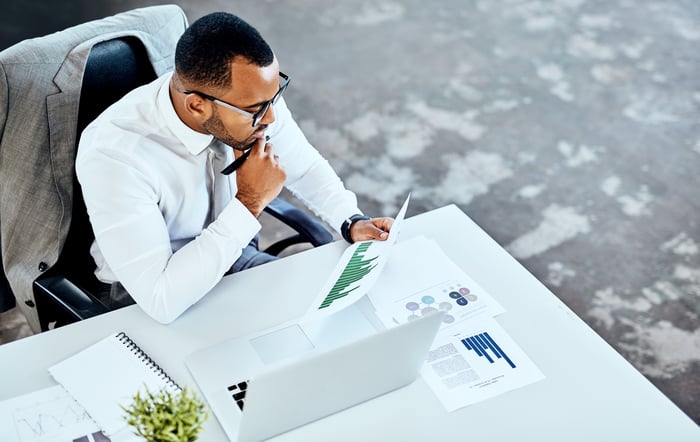 Airbnb’s unique booking platform for short-term and long-term stays hasn’t been a great market performer since it went public last year, but even as a shareholder, I’m not worried. That’s because the company is consistently growing in several key areas.

Second, revenue is growing at a rapid pace. Sales reached $1.5 billion in the first quarter, an impressive 80% increase from the first quarter of 2019. That revenue growth further proves that when coronavirus restrictions were removed across the globe and vaccines became widely available. Travelers were quick to use Airbnb to book trips.

And finally, while Airbnb isn’t profitable right now, the company’s bottom line is improving. Before the pandemic, the company’s net loss in the first quarter was $292 million, but two years later, Airbnb lost just $19 million.

With the company proving that it has already rebounded from the Covid-induced travel slump, investors may want to give this beaten-down stock strong consideration for their portfolio.

Tesla is just coming off a fantastic quarter where the company reported strong sales and vehicle deliveries, despite factory shutdowns, rising inflation, and material shortages.

Tesla’s first-quarter vehicle production spiked 69% from the year-ago quarter to 305,407 vehicles, and vehicle deliveries increased 68% to 310,048.

That growth is already impressive on its own, but it looks even better when you consider that Tesla had to manage a factory shutdown in Shanghai because of China’s strict zero-Covid policies. Tesla was able to help offset the factory hiccups because it brought its Berlin factory online in March and opened its Texas factory in April.

Tesla’s strong vehicle deliveries in the quarter translated into a staggering 87% increase in automotive revenue in the quarter to $16.9 billion. Part of the jump came from higher selling prices for its vehicles, which shows that even with price increases, the company’s vehicles are still in high demand.

And finally, Tesla’s operating margin was an impressive 19.2% in the first quarter, up from just 5.7% in the year-ago quarter and higher than the 14.7% operating margin in the fourth quarter.

For investors trying to find a company that successfully taps into the growing EV market, Tesla’s latest quarter proves that the company knows how to manage production, increase sales, and boost operating margins all at the same time. That’s far more than most EV makers can claim right now.

This Entrepreneur Built a Platform for Diverse Workers' Honest Reviews